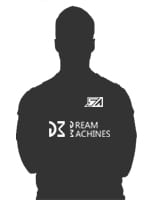 Iver, a long time fanatic of the old "Very Games" players, discovered CSS through his brother. At that time he had the ambition to become better than his brother. When he had achieved this, his ambitions increased. Iver stumbled upon a game between "NiP" and "Very Games" at ESWC in 2012 and discovered CS:GO for himself. From then on he dreamed of becoming as good as "Friberg", who would later become his idol.